Zero coupon bonds do not pay interest throughout their term. Instead interest is accrued throughout the bond's term & the bond is sold at a discount to par face value. After a user enters the annual rate of interest, the duration of the bond & the face value of the bond, this calculator figures out the current price associated with a specified face value of a zero-coupon bond. Interest is compounded semi-annually throughout the duration, or at the end of each fraction of a half-year for any fractional years remaining.

Usage instructions, formula & other advice is shown underneath the calculator.

We publish current savings & CD rates. Savers can use the filters at the top of the table to adjust their initial deposit amount along with the type of account they are interested in: high interest savings, certificates of deposit, money market accounts and interest bearing checking accounts.

Enter the face value of a zero-coupon bond, the stated annual percentage rate (APR) on the bond and its term in years (or months) and we will return both the upfront purchase price of the bond, its nominal return over its duration & its yield to maturity.

The above formula is the one we use in our calculator to calculate the discount to face value every half-year throughout the duration of the bond's term.

Here is an example calculation for the purchase price of a $1,000,000 face value bond with a 10 year duration and a 6% annual interest rate.

Calculating Yield to Maturity on a Zero-coupon Bond 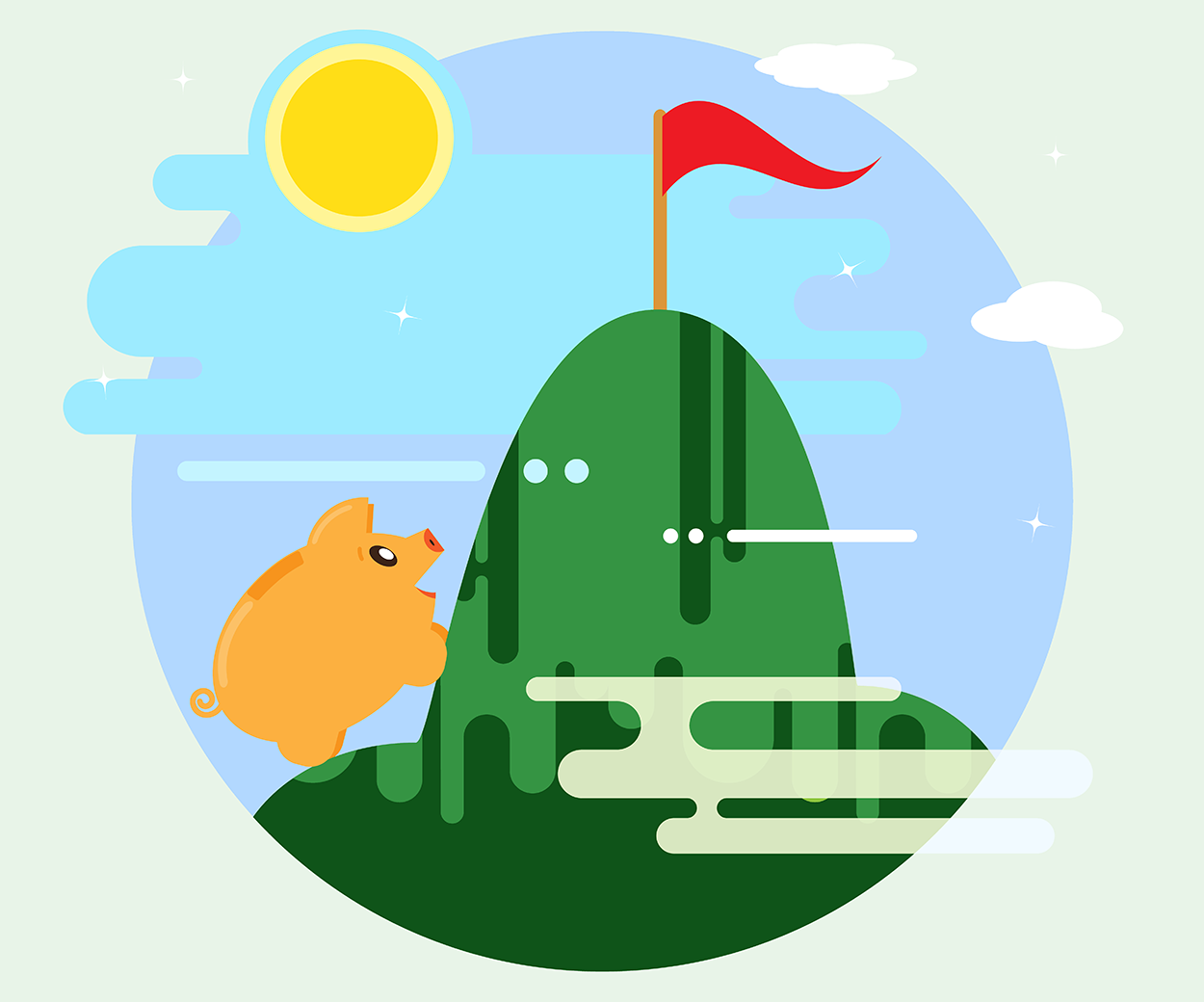 Most bonds typically pay out a coupon every six months. This makes typical bonds a great source of income, though it limits their capital appreciation if & when bond yields fall (as they often do during recessions, deflation & strong disinflation).

Bond yields & price move inversely. Thus if interest rates fall, any outstanding bond which pays an interest rate above the current prevailing rate enjoys capital appreciation, since it is paying a higher rate than an investor could obtain by buying another similar bond at current rates.

Since zero coupon bonds do not pay a coupon, any capital appreciation remains in the bond. Since they sell at a discount to their stated maturation value they are known as discount bonds. In a falling rate envirnoment zero-coupon bonds appreciate much faster than other bonds which have periodic coupon payments.

Bonds with a longer duration are more sensitive to the impact of interest rate shifts.

Economist Gary Shilling mentioned holders of 30-year zero-coupon bonds purchased in the early 1980s outperformed the S&P 500 with dividends reinvested by 500% over the subsequent 30-years as interest rates fell from around 14.6% to around 3%.

I started investing in 30 Year zero coupon treasuries. Now, zero coupon bonds don't pay any interest, but they are issued at a discount. And the interest in effect is in effect built in the difference between the issue price which is below 100 and they're expiring at 100. It's built-in. Now, the fact that it's built-in, it has big advantages when interest rates come down. You don't have a reinvestment risk. In other words, if you invest it, let's just take an example. Let's say you invest in a 10% yielding security and the rates dropped to 5%. Well, you've got to reinvest at 5%, you no longer can invest at 10%, that's gone. But the zero coupons build that in, so you get actually about twice as much appreciation for given declining interest rates with a zero coupon, as with a coupon bond, and the longer the maturity, the more bang for the buck.

Now, it works both ways. You'll lose more money if rates go up. But actually, I started in with the zero coupon bonds from my own account in 1981. And by the mid-80s, the Shilling family, on that one investment, had achieved financial independence. And it's been a tremendous asset, as a matter of fact, since the early '80s, and we have documented that these zero coupon bonds have outperformed the S&P 500 by five times- that's including dividends in the S&P, but a lot of people, they think that Treasury bonds are for little old ladies and orphans. Well, I've never, never, never bought Treasury bonds for yield.

I couldn't care less what the yield is as long as it's going down. Because when it goes down, they increase in price, and I bought it for the same reason most people buy stocks. Most people don't buy stocks for dividends, you have some for utilities and real estate investments, but most people are looking for appreciation. And that's what my interest is in Treasury bonds." - economist Gary Shilling

If 30-year interest rates are 14% a person would only need to spend $17,257.32 to buy a $1,000,000 face-value zero coupon bond. With interest rates at 3% that math changes drastically, requiring a $409,295.97 payment to buy the same instrument. That difference in price is capital appreciation. The following table shows how interest rates & term impact the price & nominal return of various bond investments.

There are two major disadvantages of zero-coupon bonds.

The first disadvantage is they do not throw off any income as the capital is stored in the bond. In some countries the imputed interest may be taxed as income even though the bond has not yet been redeemed or reached maturity. The IRS requires zero-coupon bond holders to pay tax on the "phantom" imputed interest income just as they would if they had received coupon payments, even though there wasn't any interest paid to the bond holder.

The second major disadvantage is when interest rates rise significantly they can see a drastic decline in capital value, as they have a significant duration risk because no capital is paid out until the bond reaches maturity (risk remains embedded in the instrument until it is redeemed). Bonds can be traded on the secondary market, with valuations reflecting the current interest rate envirnoment. If you want to see what can happen in a rising rate environoment, look to the table above and see how a 30 year bond issued at 3% for $409,295.97 would only be worth around $227,283.59 if rates suddenly rose to 5%. If rates remained relatively flat for 10 years & then went to 5% the 30-year bond (with 20 years remaining) would only be worth $372,430.62 - meaning the bond owner would have paid income taxes on imputed interest for a decade only to see the bond be worth less than they paid for it after holding it for a decade.

Many people refer to any fixed-income treasury instrument as a bond, however the duration determines the specific name.

Typically the yield curve is upward sloping with longer duration bonds offering a higher return to compensate for the added risk. When shorter duration bonds offer a higher yield than longer duration bonds that is called yield curve inversion. If investors are willing to lock their money up for a longer period of time at low rates it usually indicates they think there might be significant economic risks ahead. Inversion frequently happens anywhere from about 6 to 18 months before a recession happens. The most widely watched segment is the 2-year versus the 10-year.

10-year Treasury plays an important role in the economy, as 30-year fixed-rate mortgage rates tend to closely follow shifts in the 10 year Treasury note, trading at a slightly higher rate than the 10-year. Banks pay short-term deposit rates & lend across longer duration loans, so when the yield curve significantly inverts it can hurt their profit margins & make them less willing to lend.

Investors are allowed to invest up to $5 million in each marketable security type when they bid in a noncompetitive auction. This limitatio does not apply to rollover reinvestment.

Some municipal bonds are exempt from income taxes, which boost their equivalent yield when compared against other bonds.

Investment bankers & bond dealers have the ability to separate the components of a traditional coupon-paying bond into the coupon & the principal (or residue). The coupon payments & residue can be sold separately to investors, creating additional zero-coupon bonds.

This process is called stripping & STRIPS stands for "Separate Trading of Registered Interest and Principal Securities." It makes a lot of sense to hold these types of instruments in tax-deferred retirement accounts so that they are not subject to annual income taxes based on imputed interest.

Each person may invest in up to $10,000 of Series EE or Series I bonds. Gift purchases are attributed to the recipient.

The Treasury also offers zero-percent certificate of indebtedness (C of I) which can be used to fund TreasuryDirect purchases.

There are mutliple popular long-duration bond ETFs for investors seeking to track the market in a liquid form without purchasing bonds directly.

After the financial crisis of 2008-2009 central banks became far more aggressive participants in financial markets. Their goal was to provide liquidity & push investors out on the risk curve, hoping that asset price inflation would drive wealth effect spending that stimulates the economy. In some cases not only was the short end of the curve driven to zero, but some countries like Germany & Japan have negative rates going out 10 years.

Negative yields mean the lender pays the borrower to borrow. This has never happened at a large scale in the history of humanity & in June of 2019 over $13 trillion in bonds have negative yields globally.

A negative yielding zero coupon bond would have an investor buying it at above par, paying more than face value. As crazy as it sounds, negative yielding bonds can still appreciate if rates go more negative than they already have, because that would mean bonds currently in circulation have higher yields than newly issued bonds.